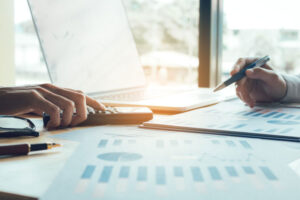 Ambrose Bierce once famously defined a corporation as “An ingenious device for obtaining individual profit without individual responsibility.” You can put that one in the pro or the con column depending on your personal views, but the steadfast corporation, a type of business entity whose modern form has been around since the 1600s, isn’t going away anytime soon.

According to the U.S. Census Bureau, around 50,000 applications to form corporations are filed per month across the country. The ongoing popularity of the corporate form of business has come to dominate commerce around the world.

When you say the word “corporation” people think of behemoths like Exxon or Goldman Sachs. But there are actually many forms of corporations used by businesses big and small.

It’s not size that makes a corporation unique. Unlike a partnership or sole proprietorship, a corporation is an entity distinct from those who created it, run it, or own it. Corporations are created by law, formed by a licence granted by the state. This is known as a charter or articles of incorporation.

Sole proprietorships are the default kind of business you end up with if you just go out and file with your state and start exchanging money for goods or services. They are private by default—you, the owner, are the only person with a stake and the only one responsible for what happens in the course of doing business.

Some corporations remain private (meaning the ownership is restricted to individuals who the owners agree to sell to) while others become public, with shares that can be bought or sold by anyone. Holding a share makes you part owner of a company, but with only limited and specified rights, and virtually without responsibility.

This is not the same thing as public vs private accounting. Instead, it’s about who owns and who manages the corporation.

Even though the shareholders own the corporation, overall control and management of it is done by a board of directors. Depending on the type of shares a stockholder owns, he may have the right to help elect the members of the board. But their authority goes no further.

What are the pros and cons of a corporation?

Corporations allow many individual investors to pool their money to power a business. The corporate entity enjoys the legal rights to establish contracts, sell shares, and act as an independent body from its owners. Each individual may have little or no control, however, and responsibility for the actions of a corporation rest largely with the entity itself and, to some degree, with corporate managers. This flexibility and independence also creates complexity, however, particularly for accountants who have to handle special corporate tax codes. 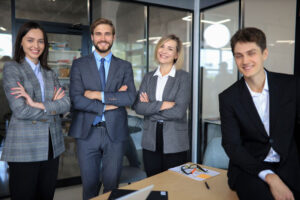 Not all corporations are created equal, which means not all corporations have the same pros and cons. When you are first creating a corporation (called the formation of the corporation), you have to make some choices according to both the laws of the state you are forming it in and the Internal Revenue Service.

Each structure comes with its own type of rules and requirements and tax liabilities. Founders can pick the form that is best suited to their goals and intentions.

So when you cut down through it all, what are the pros and cons of corporations of every type? Here they are:

The Pros of Corporations

The Cons of Corporations 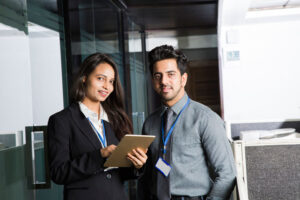 Corporations aren’t the only kind of business structure that allows multiple owners, however. Partnerships are another corporate structure that can be popular in some specific types of fields for their ease of formation and straightforward tax handling.

Partnerships are the default type of multi-owner business, just as the sole proprietorship is for individuals, with all the liability on the partners. Another form of partnership, the LLP, or Limited Liability Partnership, mirrors the difference between sole proprietorship and an LLC, with a liability shield and increased regulatory requirements but still passing through profits to the owners for tax purposes.

Partnerships are common in areas such as medicine, architecture, engineering, and law.

These industries all have a tradition of small practices with limited numbers of owners and no need for outside capitalization. In fact, in some states, LLP formations are restricted to only certain professions.

There are also professional C and S Corps, with their own accounting implications. These are types of those structures which can only be formed by certain professionals with regulations structured to meet those types of businesses.

When you are figuring out the pros and cons of corporations vs partnerships or any other type of entity, it’s absolutely vital to get professional accounting advice before getting into the weeds of formation and election paperwork. And you definitely will need a skilled and licensed CPA to help sort out the filings at tax time.

SNHU
Featured Program: Online AS and BS in Accounting with focus of Finance or Forensic Accounting
Request Info

Regis University
Featured Program: Build your character with a B.S. or M.S. in Accounting at Regis University. Develop the analytical skills needed to not only become an accountant—but to continue your evolution.
Request Info